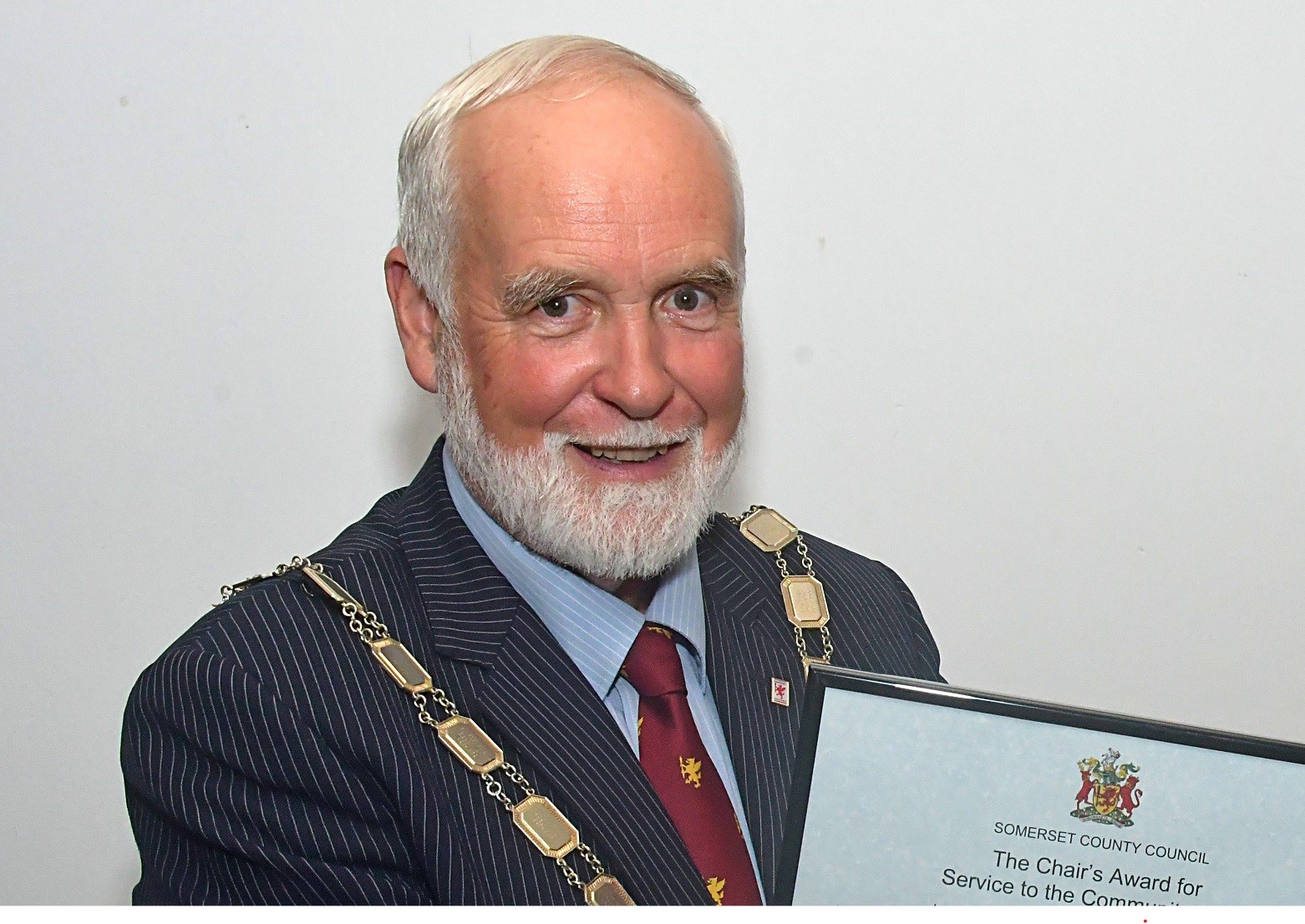 Search is on for Somerset’s heroes

The search is on for community heroes as the Chair of Somerset County Council calls for nominations for his annual Community Awards. Each year the Chair presents awards to those who have made an outstanding contribution to their community and Councillor Nigel Taylor is asking the public to come forward with their suggestions. Last year’s […]

Local hero Jos Buttler has had his Cricket World Cup feats recognised with a special award from Somerset County Council. Wicketkeeper batsman Jos, originally from Wedmore, was a key figure in England’s historic World Cup win in July, including playing a pivotal role in the dramatic ‘super over’ in the final against New Zealand. In […]

Somerset’s unsung community heroes have been honoured by County Council Chair Nigel Taylor for their tireless efforts. Footpath champions, litter-pickers, village hall veterans and public loo saviours were among those honoured by Councillor Taylor when he presented awards recently. The annual awards recognise outstanding commitment to Somerset’s communities and Cllr Taylor is delighted to be […]

Celebrating the cream of small charities

Staff and volunteers supporting small charities in Somerset have been thanked by the County Council Chair. Councillor Nigel Taylor held a ‘Thank You’ Cream Tea at The Wyvern Club in Taunton to celebrate National Small Charities Week. He thanked staff and volunteers for their work and support, including the Chair’s Champions – Council staff who […]

The search is on for more community heroes as the Chair of Somerset County Council calls for nominations for his annual Community Awards. Every year the Chair presents awards to deserving people who have made an outstanding contribution to their community and Councillor Nigel Taylor is asking the public to come forward with their suggestions. […]

Chairman of the Council, Councillor Nigel Taylor, visited Taunton’s Royal Mail sorting office today to see the county’s postal system gearing up for its biggest week of the year. The Chip Lane office handles post for the TA and Yeovil postcodes and expects to process more than 300,000 items each day this week. There were […]

Wood to commemorate the Fallen of WW1

A memorial wood is being created for future generations to enjoy in memory of the Fallen from Somerset who lost their lives in WW1. The “Somerset Wood” is being established through a joint partnership of Taunton Deane Borough Council, Somerset County Council, Cheddon Fitzpaine Parish Council and West Monkton Parish Council. It will cover 23 […]